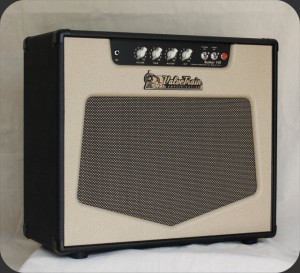 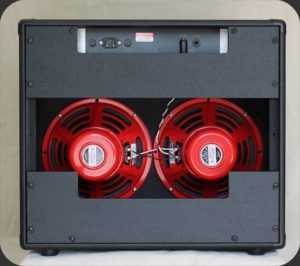 Inspired by the Britsh Invasion the Bunker Hill can best be described as Bright and Jangly.

This amp will take you back to a time of being Eight Miles High, Nehru collars and Tamborines.

Featuring a pair of 12AX7 dual-triode preamp tubes driving the signal through a matched pair of cathode biased 6V6 power tubes the result is all vintage. Combining simplicity of the amp designs of the 1960’s with a modern touch, the amp controls are Volume, Tone, Master and Cut. The tone control has a very wide sweep that allows for a massive amount of tonal flexibilty.

A quick flick of the guitar volume knob summons the full range of the Bunker Hill’s voices. The amp is great for home, studio or small venues. Put a microphone in front of it and it will fill the largest of venues.

Built with top shelf components, the Trenton is the real deal.