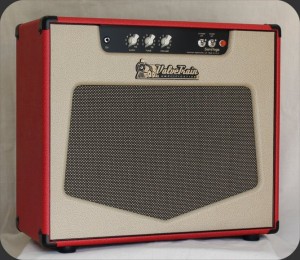 Inspired by the Britsh Rock tones of the 1970’s, the ValveTrain Saratoga is very simply a rock ‘n’ roll machine!!

Sara is a feisty rascal with higher gain and a voice that goes from clean and bright to a barking agression when opened up.

Featuring a pair of 12AX7 dual-triode preamp tubes driving the signal through a matched pair of cathode biased 6V6 power tubes the result is all rock. Simplicity of the design provides Sara’s amazing voice. The amp controls are Gain, Tone and Volume.

Built with top shelf components, the Saratoga is the real deal.

A quick flick of the guitar volume knob summons the full range of Sara’s personality from clean to roar. The amp is great for home, studio or small venues. Put a microphone in front of it and it will fill the largest of venues.

These Artists Play the ValveTrain Saratoga